With the 2018.2 update we continue making Adaxes even better by adding more great features and improving already existing ones. In this release we’re introducing parameters for Custom Commands, adding the possibility to manage individual Office 365 services, polishing up the new Web Interface, improving performance and stability of the product and much more.

Here are the main highlights to look for in the latest release.

Custom Commands can now have parameters, which allow varying the execution of commands based on user input. This means that you can execute different sets of actions depending on the entered parameter values or use the provided values in the actions. 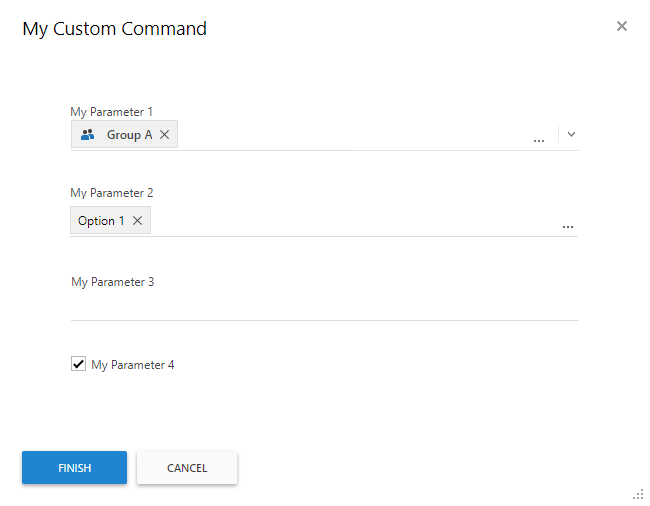 For example, if you have a Custom Command that sends users on vacation, you can ask the initiator to enter a return date that you can then use to set the Out Of Office message, and you can disable the user, if the initiator checks the respective checkbox.

When configuring Web Interface actions that execute Custom Commands with parameters, you can simplify the execution process for the users by overriding default parameter values and either hiding certain parameters from users or showing them in read-only format. 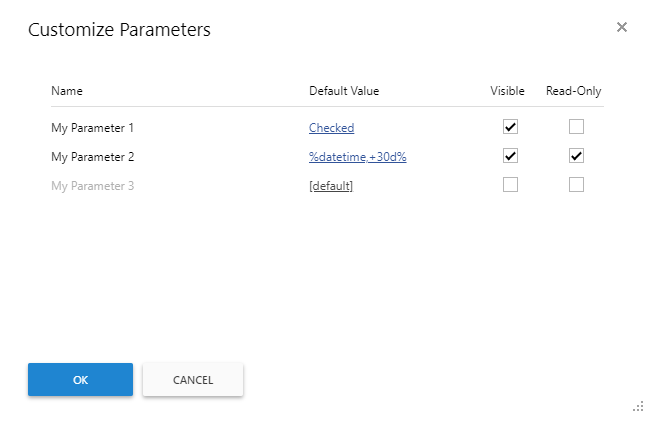 It is now possible to enable or disable individual Office 365 services in the Web Interface and Administration Console. 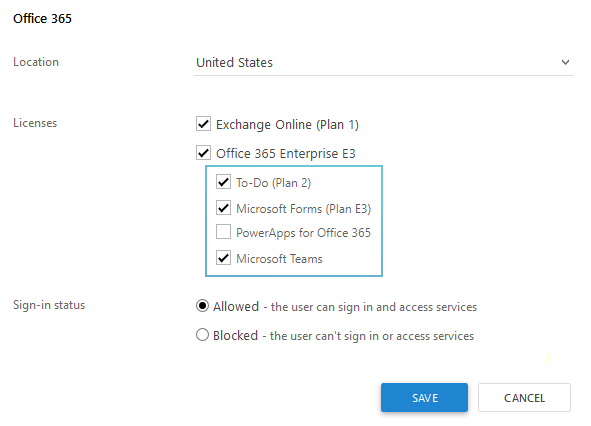 The Web Interface also allows you to configure exactly which services can be viewed and edited. 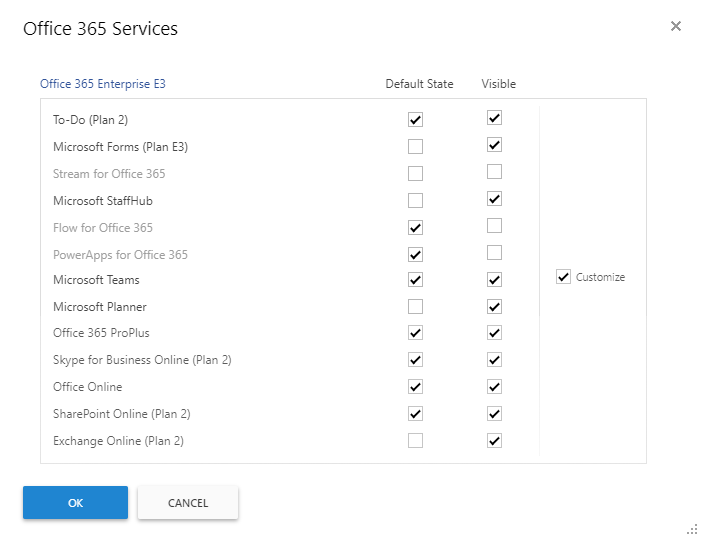 Individual services can also be set in Business Rules, Scheduled Tasks and Custom Commands. So, for example, when provisioning a new user, you can enable different sets of Office 365 services depending on the user’s department or any other criteria. 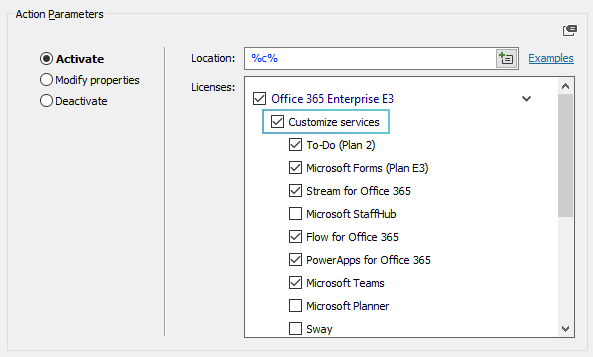 You can specify custom display names for Office 365 services to make them more user-friendly. This can be important if you allow non-technical staff, like managers or HR, to manage Office 365 properties of users.

Other Office 365 Enhancements and Performance Improvements

Adaxes now provides an option to display last sync time in the Web Interface, which shows the last time on-prem user account was synced with Office 365 via AAD Connect/DirSync.

Adaxes does no longer need Azure PowerShell module to be installed on the same machine with the Adaxes Service to work with Office 365.

The performance when working with Office 365 is now significantly improved, especially for environments that have multiple O365 tenants.

Any text property can now be viewed and edited as a multi-lined property in the Web Interface. 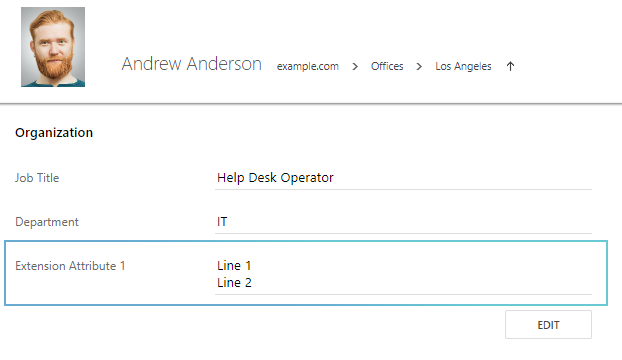 When importing objects via Adaxes, it now displays a detailed Import Preview showing all the objects that are about to be imported in a user-friendly form. There you can review them, select which objects you want to be imported and introduce final edits before executing the import operation. 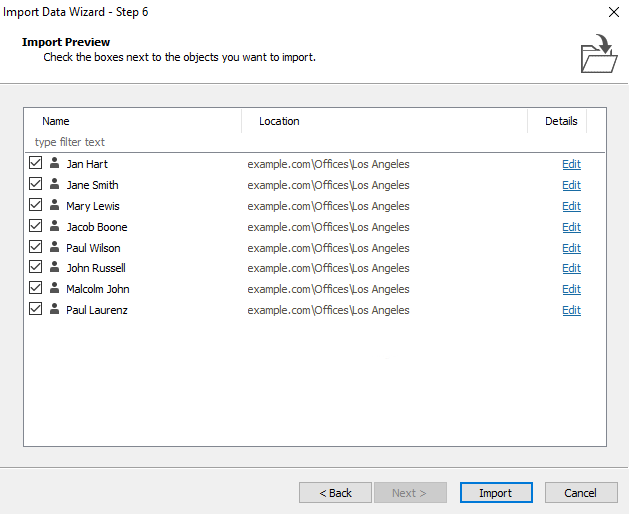 If there are any errors during the import process, Adaxes takes you back to the Import Preview where only the objects that need attention are selected. There you can introduce any changes to resolve the problems and finish the import process. 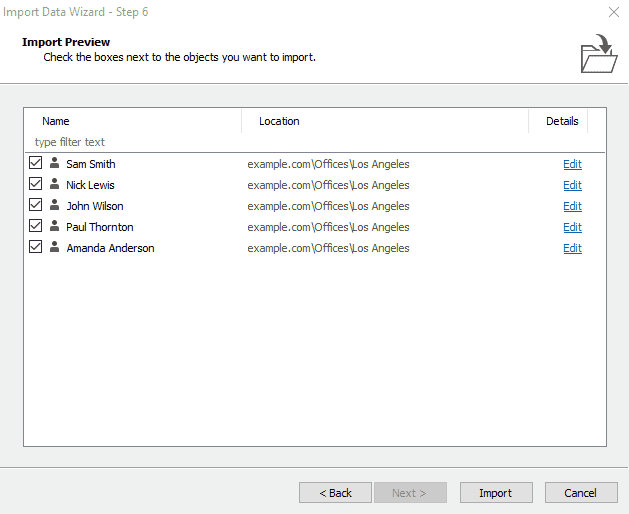 Since introducing the new Web Interface in Adaxes 2018.1 we’ve added a bunch of new features and improvements to make the Web UI even better and more convenient to use. Here’s what to expect.

It is now possible for users to restore deleted objects from the Web Interface, as a respective action can now be made available in the Actions panel. 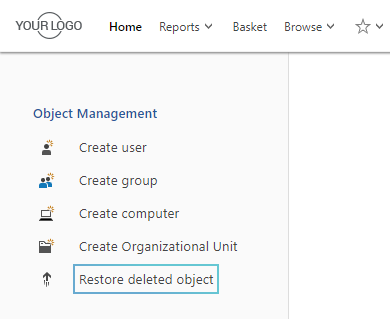 Special Keyboard Based on Input Fields on Mobile

When editing properties in the Web Interface on mobile devices, a special keyboard is now used depending on the field you are editing, e.g. URL, email, telephone number, etc. 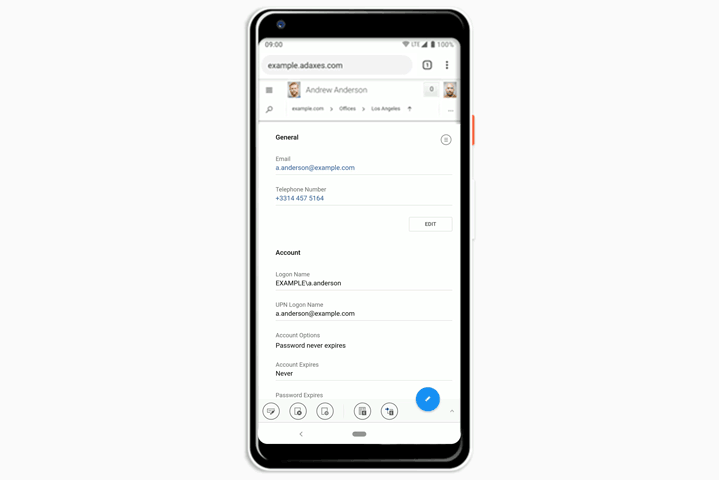 Approval Requests now show the object that the action is executed on. So, for example, if an approval is required to add a user to a group, the approver can see the group, see details about it in a popover and click on it to get more info about the group. 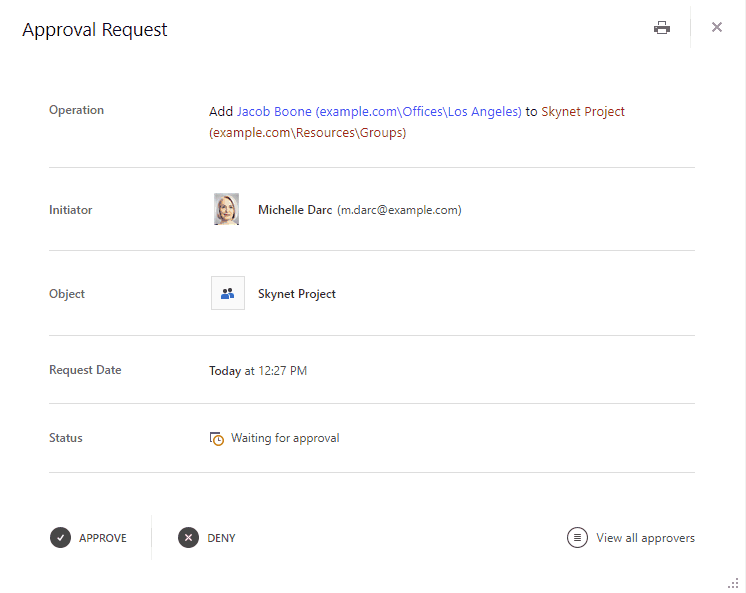 Due to multiple requests, we’ve increased the size of the logo displayed on the Sign-In page of Adaxes Web Interface.

Auto-logon option can now be enabled for the Web Interface Configurator.

The performance of the Quick Search and Object Selection dialogs is significantly improved.

Objects shown in property values in the object view, e.g. user in the Manager field, now have popovers. 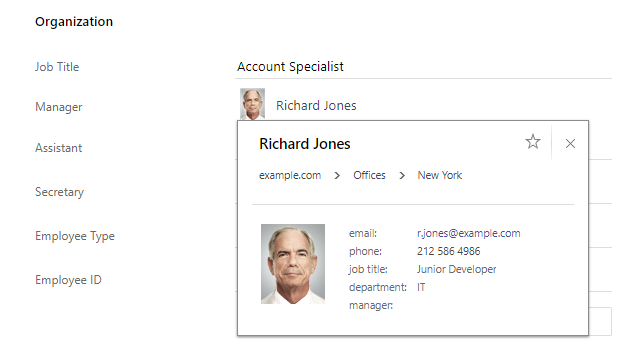 Phone numbers in the Web Interface are now shown as click-to-call links.

Web Interface can now be used for Password Self-Service from the Windows logon screen, even if the auto-logon option is enabled for the Web UI.

With the 2018.2 update we’ve added some important tweaks to also improve Exchange management.

Custom descriptions can now be specified for any actions in Business Rules, Scheduled Tasks and Custom Commands. This way you can make sure that non-technical users will see user-friendly descriptions of operations, e.g. when viewing an execution log or in approval requests.