Being able to see and understand what’s going on in your environment is a critical part of Active Directory management. To achieve that, Adaxes provides reports with practically limitless capabilities that can be useful to absolutely everyone who’s using AD: from the IT staff who are responsible for the entire IT infrastructure to users who only need to maintain a couple of AD groups and distribution lists.

Technicians need to see all user accounts created in the last two weeks? Managers want to know which of their subordinates have Out-Of-Office replies enabled in Exchange? Auditors request a list of users that don’t have a manager set in AD? Adaxes provides reports for all these cases and much more.

To view a report, users can just go to the Adaxes Web Interface and get the information they need in a neat and easy to use form. Once a report is generated, they can export it in one of the supported formats, such as PDF, CSV, RTF, HTML, etc. All that with just a couple clicks. 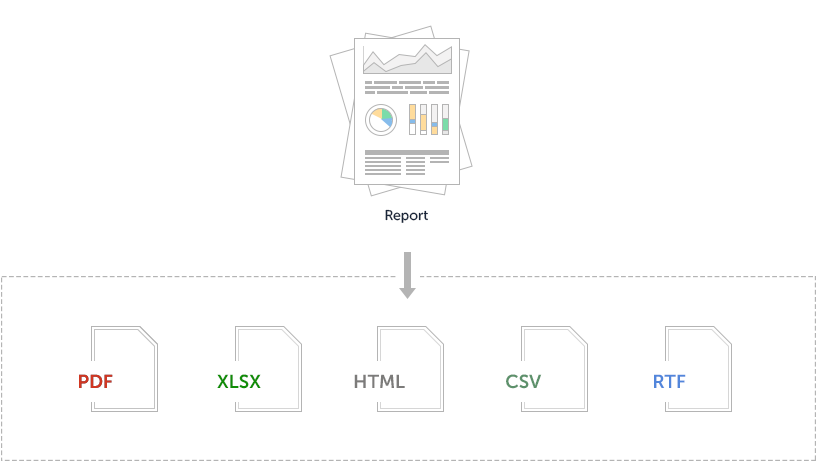 Most important reports can be put on the Home page of the Web Interface, so that users can have a quick access to them. For example, IT staff can have reports like Recently created users and Recently deleted users, so that they can regularly monitor them with no additional actions required. 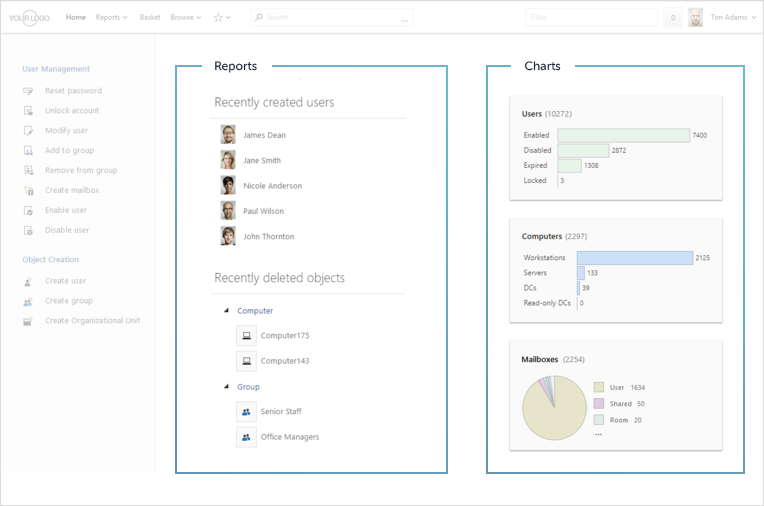 Reports can also be presented as charts on the Home Page of the Web Interface, so they can be available at a glance. For example, to monitor and analyze risks in your environment, you can display charts with inactive user and computer accounts, enabled guest accounts, nested AD groups, etc.

How to configure reports in Web Interface

To let users see a bigger picture, Adaxes allows combining charts from multiple reports into single views called Report Overviews. Out of the box there are built in Overviews, like Risk Analysis, Active Directory Cleanup, Exchange and others, but Adaxes also allows you to create your own report overviews, which can include charts from various reports, including custom ones.

If certain reports need to be reviewed on a regular basis, Adaxes allows you to schedule them to be delivered to users either by email or to a specific shared folder. With centralized scheduling all you need to do is define which users need to get which reports and select how often that needs to happen. For example, every Monday morning all group owners can get an email with a list of all the members of their groups, so that they can spot any unexpected changes, if there are any.

You can also allow users to schedule certain reports for themselves. For example, if a manager wants to receive a regular report with a full list his or her subordinates, one can just use the self-scheduling option in the Web Interface for that.

How to schedule reports

With Adaxes you can finely control, which users can see which reports. You can give out different sets of reports to users based on various parameters, such as their department, job title, group membership, etc. 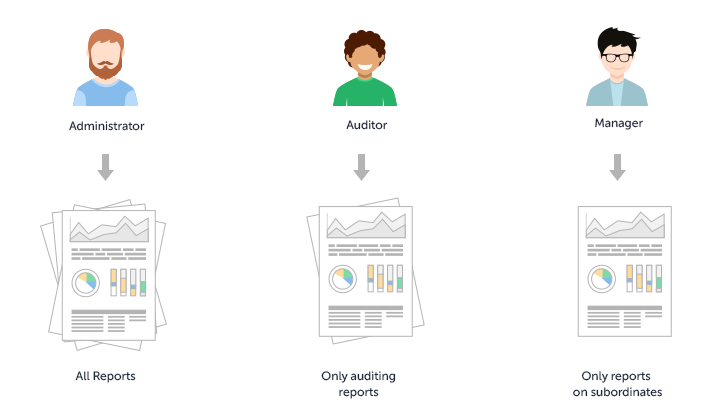 When giving users access to reports, you don’t need to worry that they will be able to see something that they shouldn’t. If you have visibility restrictions in Active Directory, e.g. if your HR staff can only see enabled user accounts, none of the disabled users will ever show up in any of their reports.

How to grant rights to view reports

If your organization has got some specific requirements which are not covered by the 200+ built-in reports, Adaxes still has your back. Each report can be extensively modified to perfectly fit your needs. You can adjust pretty much anything about the existing reports: add your own parameters, alter the report scope, modify existing charts or add your own ones, change the default columns shown in the report, etc. 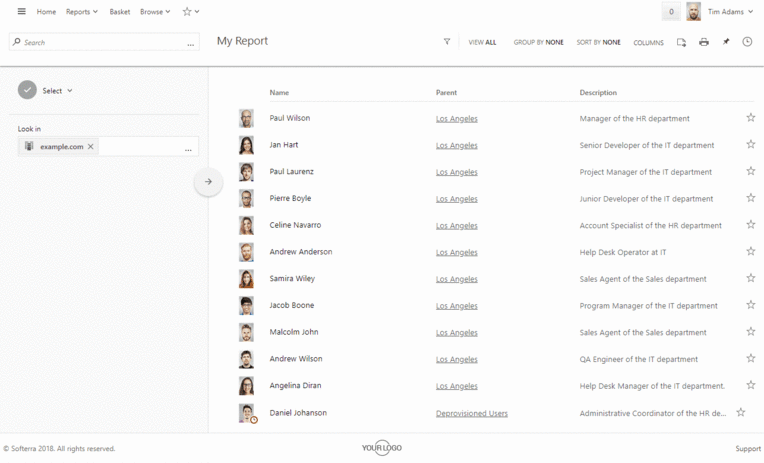 In addition to modifying existing reports, Adaxes allows you to create your own custom ones from scratch. They can be based on queries in conjunction with conditions, for example, you can get a list of users that are members of a certain group and are not licensed for Microsoft 365. 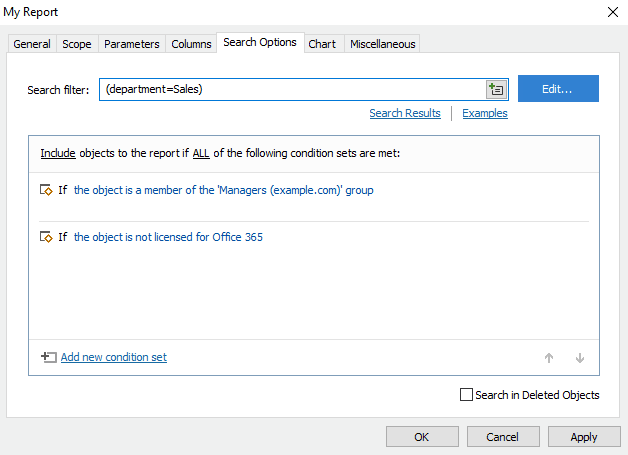 And you can also create reports using PowerShell scripts.

The latter allows you to go beyond just the objects that are located in Active Directory and also include Adaxes log records, approval requests, custom objects, such as file shares, permissions, database records, etc. So, for example, you can create a report that combines details about certain AD users with corresponding data from an external payroll system.

How to create reports

Adaxes provides practically limitless opportunities with its reporting platform, allowing you to get all the insights to your environment, so you can have a deeper understanding of it and therefore be able to better control and manage your Active Directory. 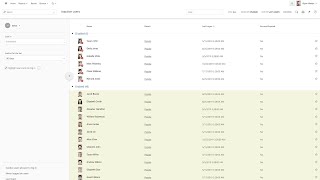